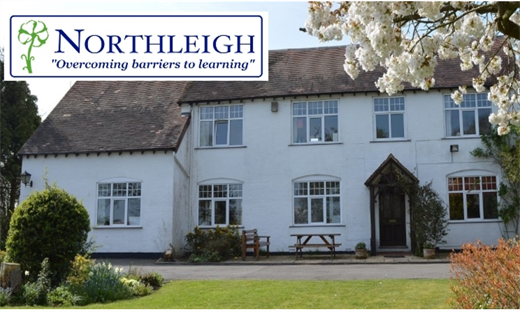 We all know how bad bullying can be, and more-so than normal, this week is the time to talk about it and learn what can be done to prevent it. As we’ve discussed in a couple of previous posts, bullying amongst staff and pupils is as bad as its ever been. In the Midlands, however, a small specialist school has been set up with the sole purpose of helping victims of bullying get back into education. You see, Northleigh House School is different to other schools, as evidenced by many things including Benji, the school dog. 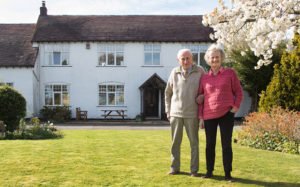 From addressing teachers by their first names, to being taught in small groups. Or even on a one to one basis, new students at Northleigh very quickly learn that this is a different environment entirely. Students are very much encouraged to work at a pace that suits them, rather than trying to keep up with a massive class consisting of a myriad of different abilities.

One young person that’s benefitted immensely from Northleigh is Lily Povey. Lily had been forced to change primary school four times due to bullying. Later on, she joined Northleigh in 2015 but had not been in mainstream education for two years prior to this. Before leaving education in 2013, Lily can’t recall ever being happy in school:

“I think it was the whole environment in general; I just didn’t get along with it and wasn’t very social.I didn’t like to talk to other kids and just kept to myself. With primary school, some girls were quite nasty from about eight. I had to be forced to go – I really hated it. I would cry and would make up any excuse not to go. It got to the point that I just couldn’t go in any more; it would just make me feel sick.”

Another Northleigh student with a similar story is Warwickshire’s Aaron Kirsch.Shortly after his 11th birthday, Aaron was incredibly anxious about joining senior school. Aaron also suffered with dyslexia, so h worried more than other about his upcoming workload. Shortly after starting secondary school, Aaron began to be bullied on the bus to and from school:

“It was name calling from a main group of people. It was physical a little bit as well – it wasn’t massive, just pushing and shoving. I was already very anxious and that just added to it.”

It got to a point that Aaron could no longer face the dreadful bus journeys, so his parents began taking him to and from school:

“I wouldn’t even leave the house, so getting to school was always a struggle and some days I ran in front of the car as they were trying to pull away.”

In December 2011, near the end of his first term. Aaron had a panic attack at school. He called his Dad who picked him up and he never went back.

Just a few months prior to Aaron’s awful ordeal at school, retired couple Fred & Viv Morgan set up Northleigh in what was once their B&B in Hatton, near Warwick. The idea for the school came from Mrs. Morgan reading the tragic story of Simone Grice. Over its seven-year history, Northleigh has taught around 70 pupils. When asked about the school, Aaron said:

“I basically went straight to Northleigh and I loved it instantly. There was a fire lit and it always felt very homely. It always felt safe because of that. They won’t make you do anything if you are not ready and they focus on you as a person. They realise that if you are doing well mentally, then you’ll do well at school.

Northleigh’s first OFSTED inspection occurred in 2012, where it was rated satisfactory. Inspectors did determine that some areas could be improved, such as pupils’ progress and quality of education, but on the whole they loved the philosophy of Northleigh and said it was helping bullied children recover. After the inspection, the 25 or so staff set about fulfilling the inspectors’ requirements and now the school offers the full GCSE curriculum and some A-Levels to its 30 students aged between 11 and 17. Its subsequent inspection in 2016, ended with the school being rated as good. The report praised the school’s “excellent pastoral care” and found staff were very skilled at helping children have more confidence in themselves and their abilities. 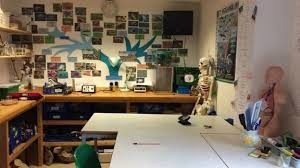 There’s no doubt about it, Northleigh is well and truly making a difference to children’s lives, but the question remains – why should it have to come to this for so many children?

What are your thoughts on bullying in schools? Should more schools like this exist or should the problem be properly dealt with before it gets so bad that children need something like this? We’d love to hear from you in the comments!

H/T to BBC for the quotes

Just downloaded Mark Mate and I am already impressed, not only with how easy it is to use, but also it's layout.

I haven't marked any books yet, as I am waiting on the printer. But I look forward to pitching this to my own faculty, when I can demonstrate... read moreJust downloaded Mark Mate and I am already impressed, not only with how easy it is to use, but also it's layout.

I haven't marked any books yet, as I am waiting on the printer. But I look forward to pitching this to my own faculty, when I can demonstrate it's effectiveness!

Thank you on behalf of teachers everywhere for taking steps to preserve their sanity, and getting focused on what's important and that is the quality of teaching the students receive on a daily basis! read less

Best thing I have ever bought!! Every teacher should get this! I can't believe how quick my marking has been over the holidays. Wow!!!