Jeremy Corbyn has made the astonishing claim that teachers are having to buy “uniforms and even mattresses” for students whose parents can’t afford them. The controversial Labour leader made the claim to activists during a speech earlier this week. He went on to say it made him “angry” that schools are having to close early on Fridays, and he had heard from teachers that students are struggling to concentrate because they are so hungry. Read on to get more details!

With an election coming up in just a matter of weeks, he inevitably turned the conversation towards the Tories. He said they should apologise to “every child who has had their education damaged as a result of their policies”. Of course, it wasn’t long before the Conservatives fired a shot of their own. Education Secretary Gavin Williamson accused the opposition of trying to damage “all we’ve done to drive school standards and discipline”. 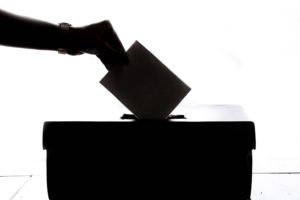 The speech itself didn’t reveal any new Labour policies for schools, but it does come after Labour’s massive mental health pledge. They recently promised to deliver £845,000 to help pupils with mental health issues. This includes access to mental health professionals for primary schools.

Corbyn was speaking at Blackpool Football Club alongside Angela Raynor, the shadow education secretary when he made the announcement. He shot down Conservative claims that they are increasing funding for schools by claiming schools on the ground were still struggling. He said:

Whatever statistics Conservative politicians bring out, if you’re a parent or a grandparent, you’ll know the real story. Teachers are spending more and more time filling the gaps left by cuts to other services and not spending enough time teaching. They’re having to buy uniforms and even mattresses for pupils whose parents cannot afford them.

He continued by saying he’d met teachers who had told him some pupils were unable to concentrate during lessons “due to the hunger that they have when they come into school in the morning”.

A NASUWT survey from back in April revealed that teachers were often dipping into their own pockets to provide essentials for pupils and the classroom. 75 per-cent of respondents said they had bought food, 29 per-cent toiletries and 25 per-cent clothing or shoes.

Corbyn continued his attack on the Tories by saying:

The money they say they’ll put in doesn’t even cover the money they’ve taken out,” he warned. “But their feeble promise is an admission that their cuts are damaging and wrong. So are they going to apologise to all the children who have missed out since 2010? Children only have one chance, they only have one childhood.

Are they going to apologise to every child who has had their education damaged because of the cruel political choices made by the Conservatives in 2010? They would if they cared as much about our country’s children as much as they care about their rich friends.

As always, we’d love to hear what you think. Do you agree with current Tory policies, or are you more excited about what Jeremy Corbyn has to offer? Let us know in the comments!

While you’re here, why not take a look at some of our other articles. Or subscribe to our newsletter using the form below!